The Outline of club

> The Outline of club

The Rotary Club of Sendai

A Story behind the Banner of Rotary Club of Sendai 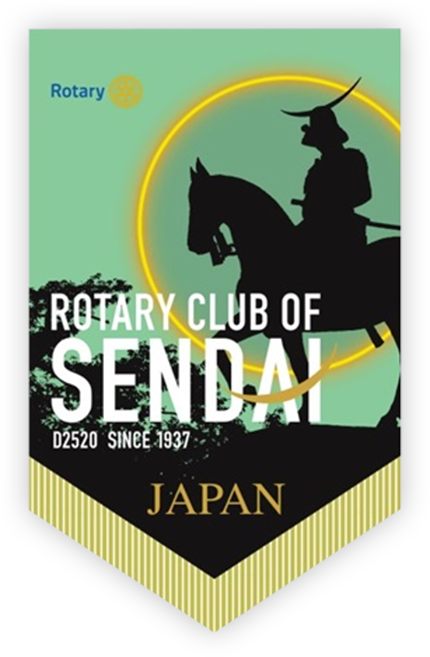 Rotary Club of Sendai celebrated the 80th anniversary in 2017.
The year also marked the 450th anniversary of the birth of Date Masamune, the Samurai and founder of Sendai fief who had built the foundation of what Sendai is today.
For generations, Masamune has been widely associated with Sendai by locals and visitors alike, which is why we chose the equestrian statue of Masamune as the motif of our banner.
The banner's green background expresses the image of our city filled with trees.
A pine tree on the left symbolises our hope to achieve a full recovery from the Great East Japan Earthquake.